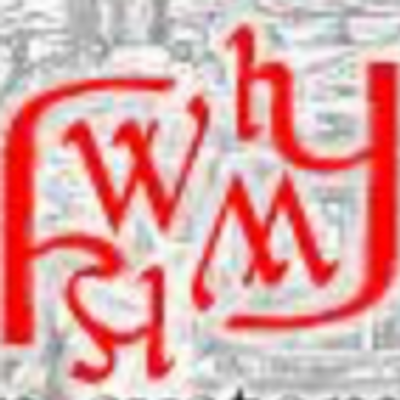 Central to history is the world of work in the past, as known by occupational activities. Yet comparative research in this field is severely hampered by confusion regarding occupational terminology across time and space, within as well as between languages. To overcome this, we create an occupational information system that is both internationaland historical, and simultaneously links to existing classifications used for present-day conditions. The information system uses a historical international classification of occupations (HISCO) to combine various kinds of information on their tasks and duties in historical settings, as well as images on the history of work. Why we started

Comparative research on the history of work is severely hampered by confusion regarding occupational terminology across time and space. This is regrettable as occupations form a key variable in many fields of history, ranging from research into stratification and mobility, through demography, to studies of labour markets and production.Within these fields, it is often desirable to make comparisons between regions and periods. The problems caused by the difficulties of interpretation have been evident in the field of stratification and mobility, where social position as indicated by occupation is a crucial issue. Indeed it is frequently noted by historians that observed differences between tables of occupational mobility may very well be due to incompatibility between coding schemes or due to classification errors. Even when dealing with contemporary survey material in the social sciences, where the problem is arguably less severe, the same doubts on the validity of international comparisons due to anomalousapproaches to classification have often been voiced. Goldthorpe, for example, has noted that in many contemporary studies on social mobility: ”there is invariably a passage in which methodological problems and, in particular, problems of comparability of cross-national data are discussed and acknowledged to be grave.But then, this ritual having been completed, the analysis of the data goes ahead, even with a variety of caveats. The possibility that seems not to be contemplated, however, is that the degree of unreliability in the data is such that analyses should simply notbe undertaken; that rather than such analyses being of some value as 'preliminary' studies, which may subsequently be improved upon, they are in fact no more likely to have some approximate validity than they are to give results that point entirely in the wrong direction”.

It seems clear then that comparisons of important historical structures and processes would be a little less problematic if comparability in the coding of occupations was achieved. Such is the aim of HISCO. The data in the History of Work Information System are structured via HISCO. For most users this is, however, not immediately visible nor is it important to them. For users wishing to code their datasets it is essential, and for other users it may be interesting, to learn about HISCO.

The History of Work Information System has a coding section that helps users code their data in HISCO, and thus both make it comparable to other datasets, and make it of use to other scholars. The Provenance file lists all contributors to the HISCO-database. Cross over between HISCO and ISCO

When the information system not only contains linguistic information on occupations from the historical record, but also occupational descriptions from encyclopaedias, and especially images on the world of work, a comparative cultural history of the world of work in past societies comes closer than ever. The images may not only revealtechnical details on the production process and the locus ofproduction, but also information on apparel, gestures, positions, emblemata, traditions of depicting work life etcetera. At present the History of Work Information System contains images by the Dutch artist Jan Luycken, the German Hans Amman and by various artists in the French encylopédie of Diderot and D’Alembert.These will be supplemented by other images, and, furthermore, texts accompanying these images will be included, notable those written by dr. Donna Barnes (Hofstra University). Deprecated version of the graph of the HISCO structure. (Biggest change towards the subsequent version is that this version still has /resource/ in the URI's). NB: this graph just contains the HISCO structure, not any coded occupations.

Deprecated version of the graph of the HISCO structure (version 2018)