Adult height is considered to be one of the best indicators of childhood living conditions (Kok, Beekink & Bijsterbosch 2017, 95). Beside genetics and maternal health at pre-conception and during pregnancy, the height of a fully-grown adult is largely determined by the nutrition and disease environment during childhood and the workload during adolescence. The socio-economic position of a family thus influences the growth of children (De Beer 2010, 61; Horrell, Meredith & Oxley 2009, 96; Kok, Beekink & Bijsterbosch 2017, 96-97, 107). Prisoner datasets are considered one of the least ideal sources for research on stature, due to potential prison selectivity issues. Horrell et al. have demonstrated that there are indications that prisoners were more likely to be drawn from a poorer and less educated section of the working class (Horrell, Meredith & Oxley 2009, 102-104). Several historical studies have focused on prisoner datasets. However, these studies mainly used one prisoner dataset and drew a comparison with, for example, conscript datasets (Komlos & Coclanis 1997; Morgan 2009). Linked Data provides the opportunity to examine prisoner heights in general. Therefore, we employed Linked Data to explore the representativity of, and variety in, all digitally available prisoner samples from all over the world within the microHeights dataset.

This table shows all available data from prisoner samples. This includes men and women of all ages, from all countries within the microHeights dataset, grouped by their respective country of measurement, i.e., their country of imprisonment. Throughout this data story, we applied different filters. We looked at the nineteenth century, as this century is well represented in all prisoner datasets. We also selected those measured between the ages of 19 and 55 to exclude those still growing or already shrinking. Moreover, in principle, we only looked at male prisoners. Lastly, considering that the stature of fully grown adults reflects the circumstances experienced in their initial years of life, we grouped our analyses by country of birth and compare the average heights per birth decade. By applying these filters, we lost a substantial amount of observations. For example, due to our gender filter, we lost not only the female prison datasets but also omitted the German dataset of Kaisheim, as this one does not contain gender as a variable.

Whereas prison datasets are biased towards the poorest in society, studies have shown that conscript records are much less biased. Therefore, conscript records are considered the best source for studying heights over cohorts (Quanjer & Kok 2020). Although literature suggests that prisoners were more likely to be from poorer and less educated sections of society, and therefore more likely to have poor nutritional and working conditions whilst growing up, this graph shows that male prisoners born between the early nineteenth century and 1860s were on average taller than the military conscripts born then. This suggests either of two things: (1) during the first half of the nineteenth century the prisoners in our data were not socio-economically more vulnerable during their childhood than the conscripts, (2) or that the lower socio-economic background of the prisoners did not have such a large impact on stature as suggested by the literature. After the 1860s, this turned around. The average heights of prisoners started to plummet while the average heights of conscripts rose.

Source: Quanjer, B., Kok, J., (2020) Drafting the Dutch: Selection Biases in Dutch Conscript Records in the Second Half of the Nineteenth Century, Social Science History 44:3 501-524.

The following graph shows an elaborate overview of different nationalities. The accompanying table illustrates that for some countries, the number of observations is rather limited. Furthermore, the minimum and maximum heights indicate there are no odd outliers. However, this graph is rather cluttered and unclear. Therefore, we grouped all countries of birth by continent.

Before grouping all countries of birth by their respective continent, we mapped all available countries on a world map. All the available countries show the average height of all male prisoners aged 19-55 during the nineteenth century. This map demonstrates that the continents of Africa and Antartica are not represented in our data.

Prison datasets are all the more interesting because some of them, contrary to the often relied on conscript datasets, contain heights of women. Various historians have suggested that girls were disadvantaged compared to boys regarding nutrition and (medical) care. This was reflected in the higher mortality rates of girls (Devos 2000; Van Poppel 2000). However, De Beer argued that stature is a better indicator of nutrition and care during childhood than mortality rates (De Beer 2010). Indeed, several historians linked the differences in stature developments between men and women to the discrimination of girls with respect to food and (medical) care (Johnson & Nicholas 1997, 213, 231; Koepke & Baten 2003, 79). In the graph below, we compared the average height of women in the prison samples per birth year with those of male prisoners.

Our graph, however, demonstrates that during the nineteenth century, the overall trend of the average height of women was slightly increasing whilst the average height of men was decreasing. Based on our data, there are therefore no indications that girls, at least those who survived the first 19 years of life, were at a disadvantage regarding nutrition and (medical) care. Furthermore striking are the drops in height of women born in 1809 and 1888. The accompanying table, however, shows that both these drops are based on a single observation. Therefore, they are negligible.

At first, our aim was to look at the relation between height and social status by combining occupations and HISCO. However, we were told that it is currently not possible to combine the HISCO database directly to the microHeights database in Druid. As such, it would have required the use of external programs, such as R. Instead of using programs other than Druid, we decided to shift our focus to the prisoners in the microHeights dataset.

When studying adult stature, it is best to look at the country of birth and compare birth cohorts as adult height is mostly the result of the circumstances (nutrition, workload, diseases) experienced during the early years of life. However, as we have seen, we lost a lot of observations, most notably when filtering on the country of birth and gender. Multiple prisoner datasets do not have the variable 'country of birth'. In further research, one could perhaps increase the number of observations per country of birth by deriving the country of birth from the birth region. However, for now, this was beyond the scope of this datastory. Moreover, again due to inconsistencies in the available variables between the different datasets, for example, the German prison dataset of Kaisheim was left out in our analysis for those graphs when we used the gender filter. Although Linked Data is brimming with potential, bringing together numerous datasets, it is not without flaw, most notably the inconsistencies regarding the variables within different datasets. 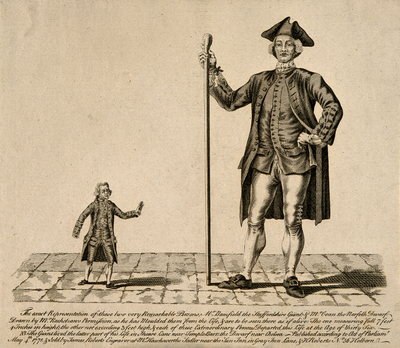